From its founding, the Instituto de Fusión Nuclear (BOE nº 73 de 26 de marzo de 1982) one of the fields of research proposed by the Vice-President of the Government was Nuclear Non-Proliferation and Security against asymmetric threats and nuclear terrorism.

In 1995 the members of the Instituto de Fusión Nuclear paid homage to General of the Air Force (GAF) Ignacio Alfaro Arregui in the Sala de Retratos of the E.T.S. de Ingenieros Industriales de Madrid.

Taking into account that the information related to nuclear fusion by inertial confinement was classified in the United States, during the European Conference on Laser Interaction with the Matter (ECLIM) held in Madrid in 1988, about 140 scientists signed the Manifesto of Madrid. In this Manifesto, they requested the United States declassification related to nuclear fusion by inertial confinement in order to use it for future electricity production.

“The US government that battled for decades to keep the workings of the hydrogen bomb secret is beginning to declassify some of the most sensitive aspects of its design and to let American scientists publish them in scientific literature.
The reason for this reversal is not internal policy, the end of Cold War, or the collapse of the Soviet Union as military threat. Rather the reason is foreign competition.
Scientists in Japan, Germany, Spain, and Italy, striving to harness the power of tiny, repeated hydrogen-bomb-like blasts for the generation of electrical energy have openly published the “secrets”.
Continued secrecy for similar research in the United States was seen as stiffing the exchange of ideas, inhibiting progress and limiting international cooperation.
At times U.S. scientists have been ordered to avoid meetings with foreign scientists, because they would have run the risk of discussing classified information.
As a result, the Department of Energy, the keeper of secrets, carried out one round of declassification in 1990, and said it was readying another”.
William J. Broad. The (Bomb) Secret’s Out. International Herald Tribune. The Hague, Tuesday, September 29, 1992.”

In 1997, Professor Guillermo Velarde received the Edward Teller Medal in recognition for his outstanding contribution to science and application of Nuclear Fusion.

“Professor Velarde, you have perhaps done more than anyone in ICF to promote this most important direction”. Edward Teller (LIRPP Vol. 13, p. 65).

Inertial Confinement Nuclear Fusion: a historical approach by its pioneers

Nobel Prize Professor Nicolai Basov proposed to Professor Guillermo Velarde the possibility of publishing a book on the history of Inertial Confinement Fusion (ICF) written by its Pioneers. Unfortunately Professor Basov died on July 1, 2001, without having been able to carry out this initiative.

In June 2002, Professor Velarde was invited by the Academy of Sciences of the Russian Federation in Moscow to address Academician Basov’s In Memoriam conference. In Moscow during a meeting with Professors Rozanov, Guskov and Carpintero-Santamaria, it was decided to carry out the preparation of this book which describes the history of the research on ICF.

This book is a direct testimony and open account of the facts, events, dates and contrasting research which culminated in 1988 with the Madrid Manifesto.

Taking into account the difficulties to establish the authorship of the first works on ICF, it was decided that the Pioneers would include in their chapters the photocopy of their first paper on ICF.

The book was published by Foxwell and Davies Ltd Scientific Publisher in 2007 and it is considered as recommended reading by the EURATOM keep-in-touch ICF activity.

In the case of Spain, the first ICF research paper was published in 1976 Neutronic of laser fission-fusion system (G. Velarde). 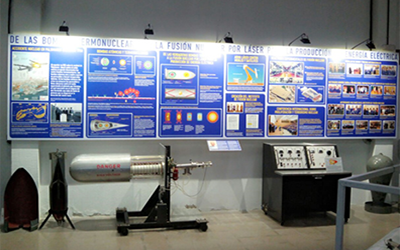 In 2011, the Fuerzas Armadas honored the General and Professor Velarde with the award Premio Marqués de Santa Cruz de Marcenado in an intimate ceremony held at CESEDEN. The purpose of this award “is to reward the military man who, in an outstanding way and effectively fulfilling his service, has cultivated throughout his life the military sciences or arts, the military application of civilians and has distinguished himself in the dissemination of military culture or contributed in a relevant way to the aggrandizement of it ”

The Museo de Aeronáutica y Astrunáutica houses an illustrative mural of the IFN-GV that shows the development of the process going from the true thermonuclear bombs, based on the Ulam-Teller method, to the laser nuclear fusion for the future production of electric energy.

Our most sincere thanks to the Ejército del Aire.

On January 12, 2018, Professor Guillermo Velarde, our Master, passed away in Madrid. His legacy left us values such as the love for responsible scientific research, friendship and comradeship.  He will always be with us, enlightening with his powerful intelligence and humanity our steps to continue making of the Instituto de Fusión Nuclear, now named by unanimous request on his behalf, Instituto de Fusión Nuclear “Guillermo Velarde”  (IFN GV) one of the most world outstanding centers in nuclear fusion research. 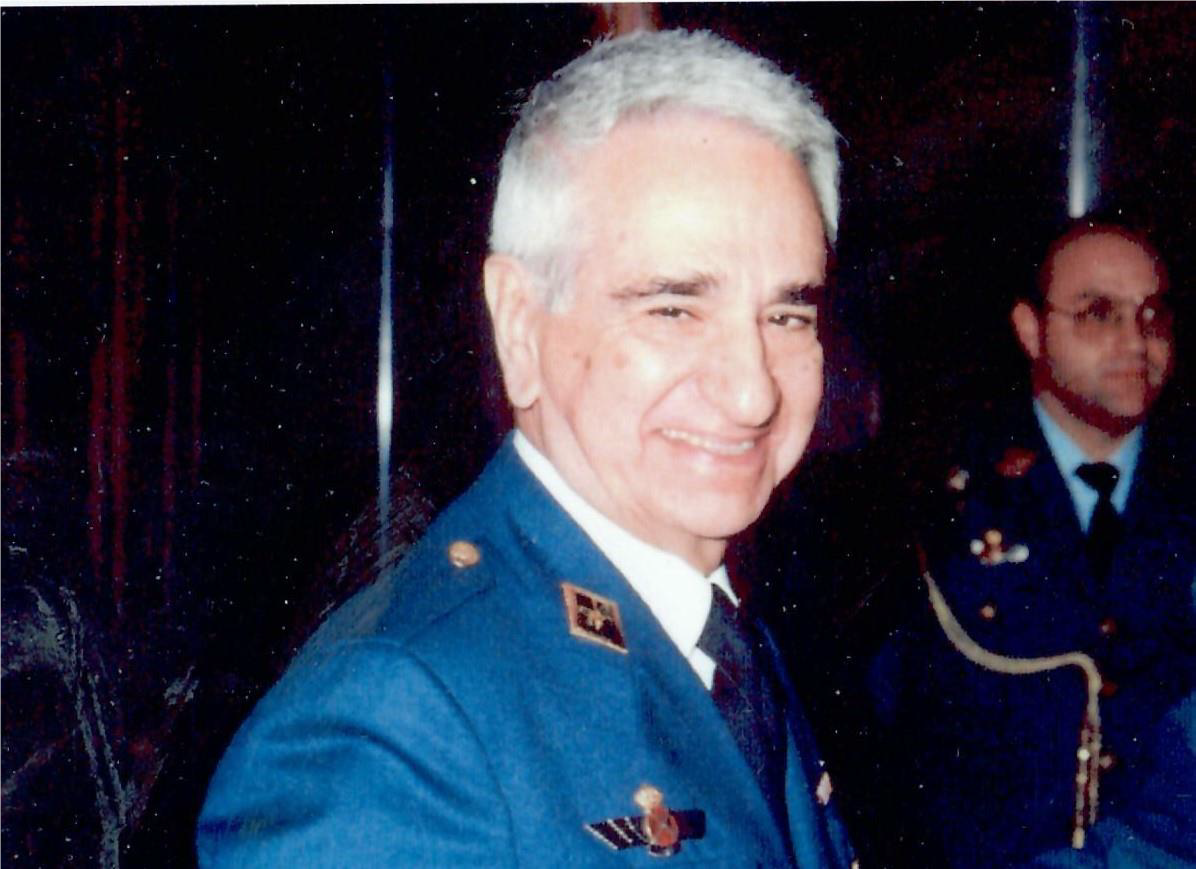 The following IN MEMORIAM articles are a posthumous tribute to the Air Force General of Division and Professor Chair of Nuclear Physics Guillermo Velarde, who after his remarkable teaching and research  career became one of the most important and influential scientists of the 20th  in the  nuclear fusion field.

His inspiration and leadership in science contributed significantly to making this world a safer place, leaving behind him an open path to new generations in the nuclear research field. 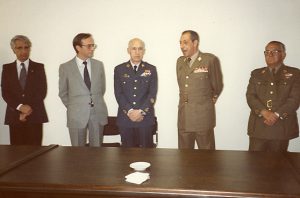 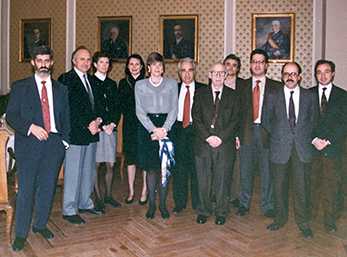 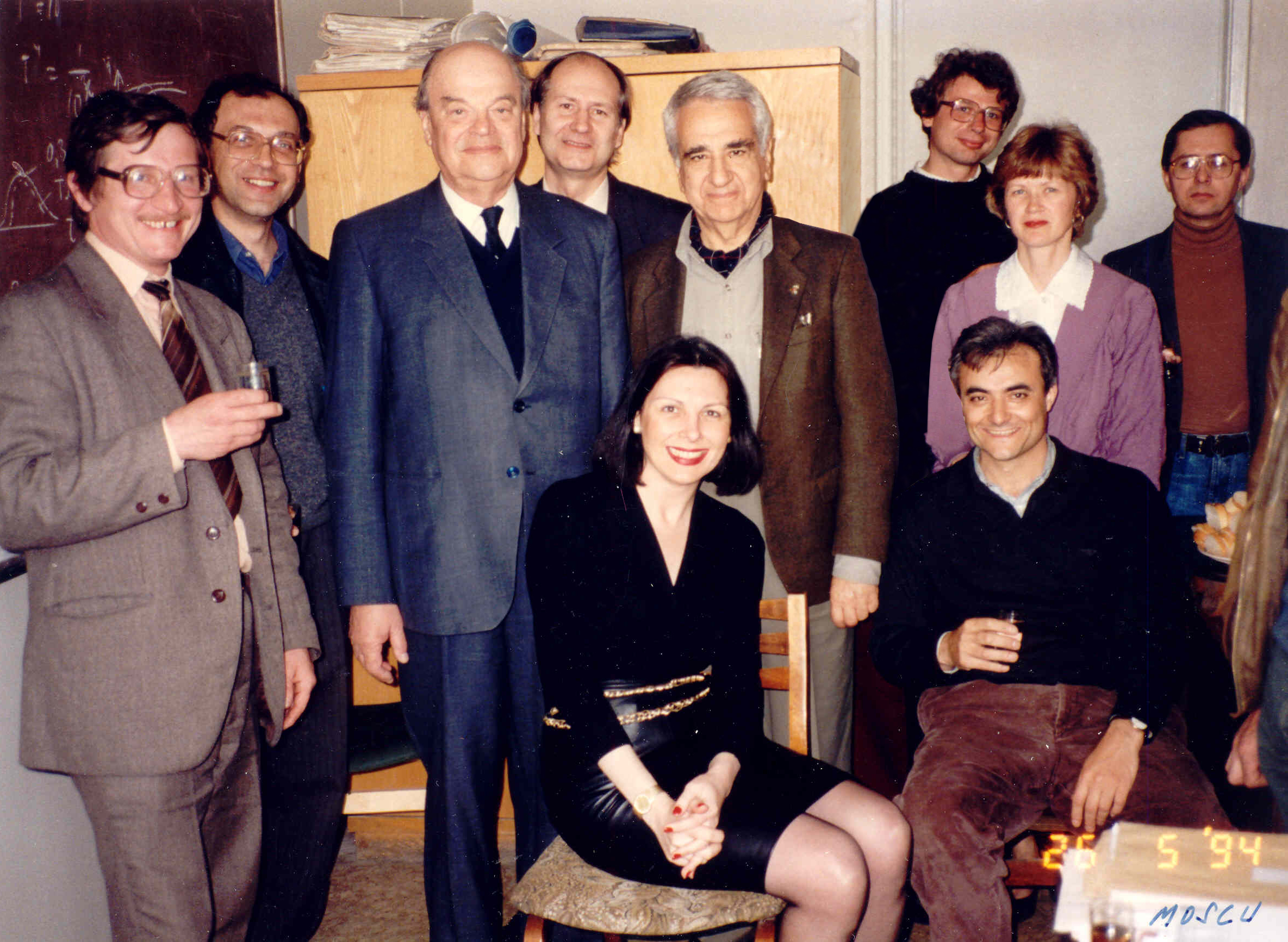 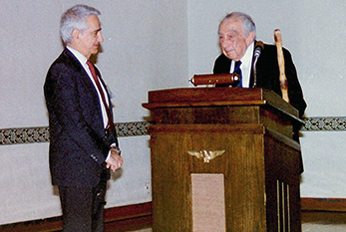 Participants in the ECLIM 88 conference where the Madrid Manifesto was signed, a primary step in the FCI for peaceful purposes 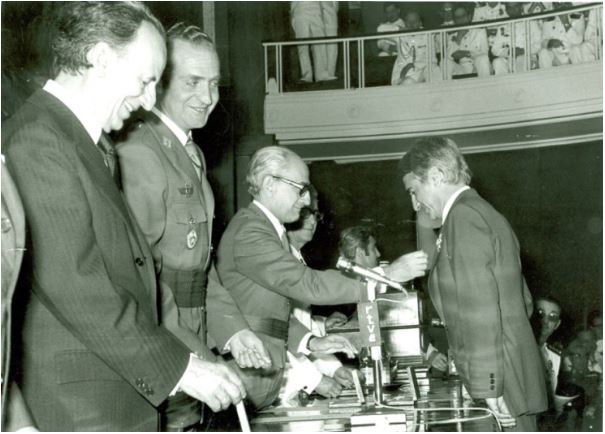 S.M. the Rey Don Juan Carlos, the capitán general Manuel Gutiérrez Mellado and the teniente coronel Guillermo Velarde in an act at CESEDEN (1978) 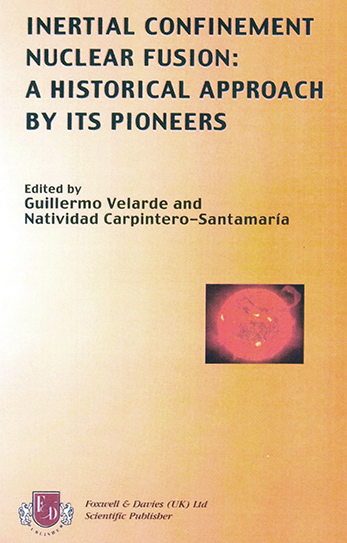 The EUROfusion Consortium of the European Commission considers the book Inertial Confinement Nuclear Fusion: A Historical Approach by its Pioneers as recommended reading. 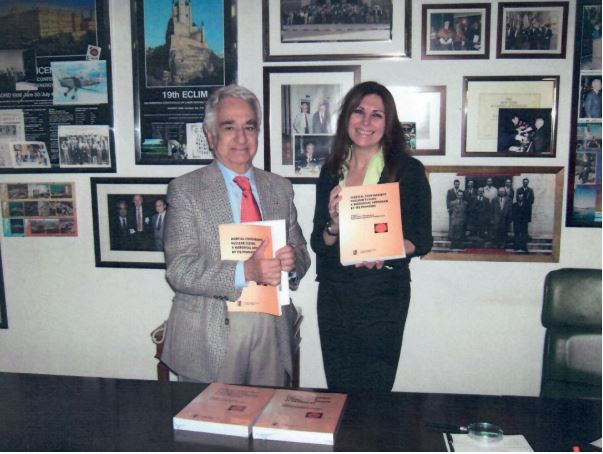 Professors Velarde and Carpintero-Santamaría with the recently published book.