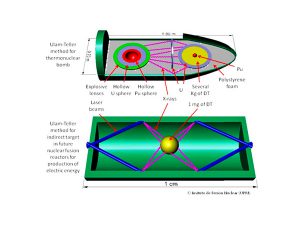 The international situation emerged in the post-Cold War period meant a substantial alteration in the balance of global security with the emergence of new state and non-state actors. In this context of global security, the proliferation of Weapons of Mass Destruction (WMD), namely, Chemical, Biological, Radiological and Nuclear (CBRN) represents a severe asymmetric threat.

Although the first line of action of the states to counteract the proliferation of WMD is to maintain a non-proliferation regime through international treaties; multilateral agreements; official inspections on site; border controls, etc. The extreme violence posed by the fact that a terrorist group could use radiological or nuclear materials is a present challenge and one of the most disturbing threats to our society today.

In the words of the Director General of the International Atomic Energy Agency (IAEA), Dr. Yukiya Amano: “The fact that there has never been a major terrorist attack involving nuclear or radioactive material should not blind us to the severity of the threat.”

All information on this link

International Conference on Science and Security: Addressing the Challenges of WMD Proliferation and Terrorism (ISPAT 2010)

The speakers of this event were high-level authorities from various organizations and institutions such as the United Nations Organization, NATO, the European Union, the US Departments of Energy, State and Defense.  And research centers of the Russian Federation, the United States and Spain.

During the ISPAT 2010 celebration, two International Awards on Global Commitment to Science and Security were awarded to US Senators Richard Lugar, Samuel Nunn  that in 1992 launched the Cooperative Threat Reduction Program to and help in the dismantling and destruction of a number of nuclear weapons and their delivery systems in the former Soviet Union as well as to provide security measures in nuclear facilities.

The 21st century is characterized by a complex international scenario that makes it difficult to forecast its repercussions in the medium and long term. Globalization and asymmetric threats contribute to diversify adversaries and motives that could lead to inexorable conflicts in global security. 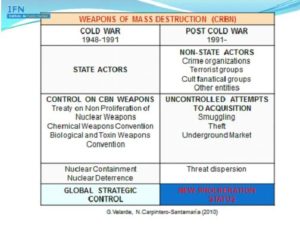 Nuclear terrorism is an evil application of nuclear energy. It could be perpetrated using any of the following means: 1) by crude or improvised nuclear devices (INDs); 2) by radiological dispersion devices (RDDs), also known as dirty or radioactive bombs; or 3) by attack on nuclear facilities (ANF).

Improvised Nuclear Devices (INDs) are atomic bombs that due to a deficient design, or the materials used or/and a poor-quality control of their components, they produce when exploding a yield lower than 1 kiloton of energy. The INDs can be made of uranium or plutonium but the project, the components, the quality control and their functioning are radically different. The uranium bombs would be the most suitable potential bombs for terrorism because they can be designed and made under a low-medium-technology profile. In this type of bombs, only from 1% to 5% of the WGU undergoes fission. However, the probability to reach the nominal yield is big. They can also be disassembled, and their components be easily transported by means of clandestine entrances in a country (private airports and ports, etc). The problem for the fabrication of these bombs lies in the acquisition of the WGU. It is unlikely that terrorist groups today could develop and manage the substantial infrastructure that would be required to produce enriched uranium or plutonium for weapons. However, nuclear weapons and weapon materials could be stolen by terrorists either from storage or during transportation.

Covert acquisition of dual-use materials, both tangible and intangible, through illicit trafficking is produced by applying a series of techniques and strategies that are becoming increasingly sophisticated. Combating illicit trafficking of RN materials is an arduous task due to the opacity of these camouflaged operations; indirect transmission; diversification of suppliers, etc.
The development of new technologies for transport and communication of goods via cyberspace, not only substantially facilitates the flow of RN illegal trade, but also enhances security for traffickers. 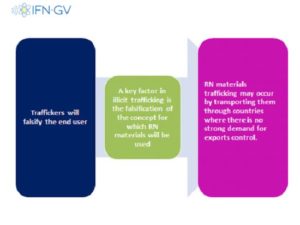 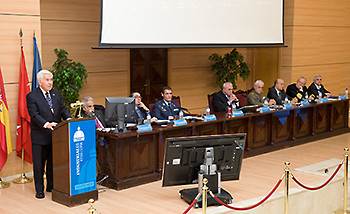 Senator Richard Lugar at ISPAT 2010 opening ceremony in the Aula Magna of the E.T.S. de Ingenieros Industriales of Madrid 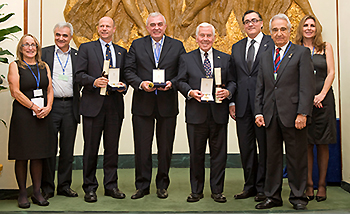